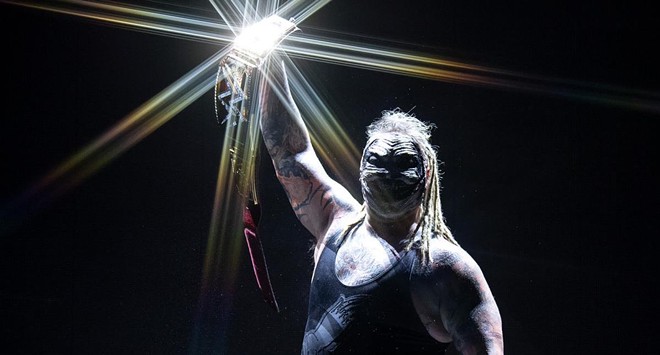 After nearly a week of speculation,World Wrestling Entertainment  confirmed on Monday that they will be moving televised operations from their Orlando Performance Center to the Amway Center for the foreseeable future.

And the company plans on turning the downtown space into their own personal “ThunderDome.”

Starting with Smackdown television tapings this Friday and the annual Summerslam on Sunday, WWE will be broadcasting pay-per-views and the Raw and Smackdown television programs from the Amway Center under a long-term residency agreement, as concerts, basketball games and other Amway events are out of the picture for awhile. (NXT will still be taped at Full Sail.)

After weeks of slumping ratings, WWE hopes that a fresh location and a host of technical upgrades will give their programming a shot in the arm. WWE plans to customize the Amway space and team with the Famous Group as they incorporate flying drone cameras, enhanced pyrotechnics, lasers and video boards into their productions.

“We can now do things production-wise that we could never otherwise do,” WWE  executive vice president of television production Kevin Dunn told Sports Illustrated on Monday. “We’re flying drones in the arena, we are putting a roof inside the Amway Center, and we’ll be able to project content onto the roof. So when a big star like Drew McIntyre comes down to the ring, the whole arena will turn into his content with lasers, pyro, smoke, projections on the top of the building and on the floor. It will be a big, beautiful entrance, better than WrestleMania.”

WWE has confirmed that there will not be in-person audiences for the indefinite future at their Amway events, but will utilize the aforementioned LED video boards to beam in virtual crowds – with fans able to reserve ‘virtual seats’ on the ThunderDome website.