The Black Lives Matter awareness actions led by NBA players and referees in “the bubble” at Walt Disney World might seem like a rare instance of reality crashing into the well-manicured fantasy world of the vacation kingdom, but the walkoff was just the latest newsworthy moment occurring at the resort.

Just two years after WDW opened its gates, world history was made when then-president Richard Nixon spoke at the 1973 Associated Press Managing Editors conference. During a Q&A at the Contemporary following his address, he uttered the words that are now forever linked to his legacy: “I am not a crook.” The speech, and the American media coverage of Nixon’s actions, can be viewed as the beginning of the contemporary chapter in U.S. politics.

In 1974 one of the most historical moments to take place at Walt Disney World occurred quietly in a Polynesian Resort suit unbeknownst to other guests. After months of trying to convince John Lennon to sign the contract to officially end the Beatles, the artist finally agreed. A lawyer met the vacationing Lennon in a ground floor suite in the Samoa (then known as Hawaii) longhouse. According to Lennon’s lover and personal assistant, May Pang, Lennon took a long look out the window towards Cinderella Castle before signing his name to the contract that officially ended the most successful boy band of all time. 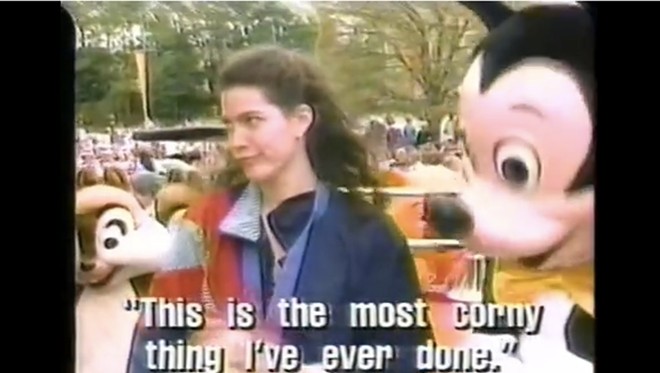 In 1994, after winning silver at the 1994 Winter Olympics (despite the infamous knee-whacking attributed to rival skater Tonya Harding), figure skater Nancy Kerrigan participated in a parade at Walt Disney World, like so many other winning American athletes. However, she was one of the first to openly seem like she didn’t really want to be there, and she took a lot of heat for getting caught on mic calling the whole thing “corny.” She later said she was referring to wearing her medal in public, not to the parade itself, but the damage was done and her reputation as an ungrateful snob, deserved or not, followed her throughout the rest of her career.

Disney World has made plenty of news regarding the technology it uses to help run the parks efficiently. In 2015, Disneyland became the first theme park in the U.S. to receive zero waste certification at one facility, and a year later, WDW launched a tracking program that helped push custodial staff to dirty restrooms or overflowing trashcans. The tracking program, while lauded by the resort, brought concern from unions and cast members. The program launched less than a month after National Custodial Worker’s Recognition Day and has remained controversial even as more companies, such as Amazon, follow Disney’s lead in embracing worker tracking initiatives. 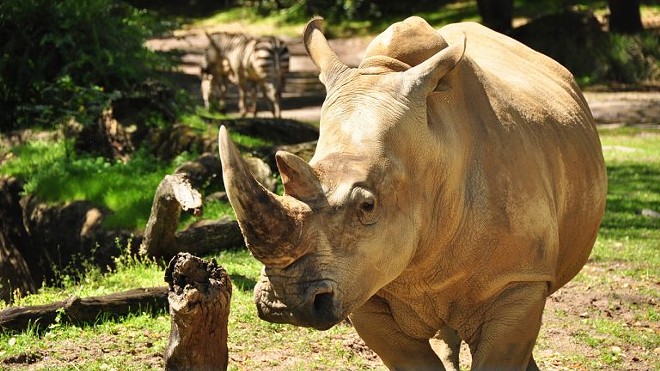 Disney’s Animal Kingdom has also helped lead the company’s efforts in being a good eco-steward. After successfully breeding white rhinos at the Florida facility, Disney and the Association of Zoos and Aquariums moved two of the rhinos to Uganda, making them the first white rhinos reintroduced to Uganda from the United States. One of those rhinos, Nande (the first white rhino to be born at Animal Kingdom) then gave birth to Malaika, the first female white rhino to be born in Uganda in more than three decades. Altogether, Disney’s Animal Kingdom participates in nearly three dozen Species Survival Plans. The park was also one of the first to give visitors regular viewing access to the veterinarian facilities, a trend that has since become standard in animal care facilities.

Since Main Street, USA, first opened in 1955, Disney Parks have always held a a mirror to reality. The fact remains that no matter how hard the Disney Company may try, guests never truly leave “today” when at Walt Disney World.