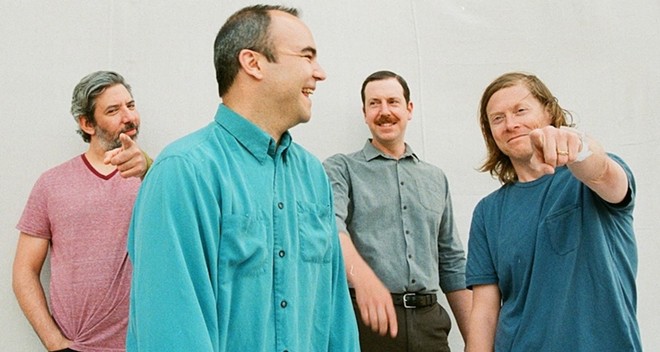 Indie rockers Future Islands on Wednesday announced that their new album As Long As You Are will be released in October (on 4AD). And as as much as they’d surely like to take the album on the road, touring is off the table. So they’re gonna make lemonade out of lemons with a one-night-only worldwide livestream the night of the album’s release from their Baltimore homebase.

Naturally and sadly, this is going to be the band’s only show of 2020 and they’ll be playing a set heavy with tracks from As Long As You Are and older, road-tested tracks too.

And – good news – Downtown Orlando venue the Beacham is the local sponsor/affiliate for this event.

Future Islands have been kicking around in various incarnations since the early 2000s, but really came to the fore in 2014, on the strength of Singles, also released on 4AD, and an unlikely appearance on David Letterman’s late night show that became the show’s most viewed video on its YouTube page for some time. As Long As You Are is the band’s sixth album, a follow-up to 2017’s The Far Field.

Future Islands play As Long As You Are live from the internet on Friday, Oct. 9 at 10 p.m. Purchase tickets for this event here.

In the meantime, check out the wrenching and no-frills (one-take!) new music video for “Thrill” off the album below.