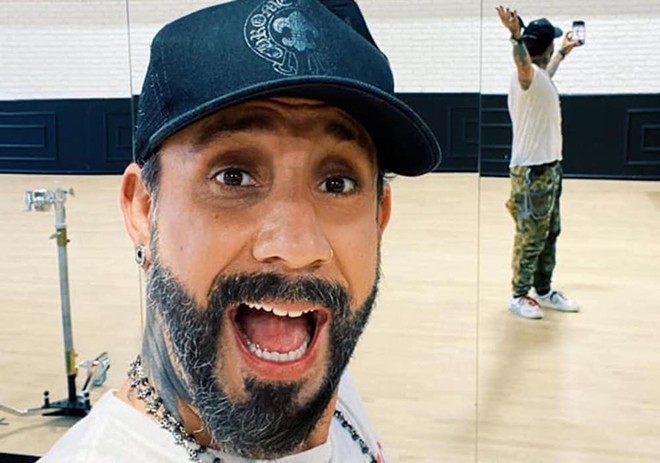 Once the resident “bad boy” of Orlando boy-band stars Backstreet Boys, AJ McLean was announced Thursday as the second participant in the upcoming season of Dancing With the Stars. (Which is, yes, still on the air.)

The only other contestant named at this point is Season 11 Bachelorette Kaitlyn Bristowe.

McLean was confirmed during Thursday’s episode of Good Morning America, and an exuberant McLean drove the point home on his Twitter account soon after:

We’re going for the mirrorball, baby!! I am so grateful to @dancingabc and @abcnetwork for the opportunity to be joining this season’s cast of #DWTS. I also want to thank my wife and my two girls for letting Daddy go on this new adventure. I’m doing it ALL for you! pic.twitter.com/D7K7SY1F1D

McLean is not the first Orlando boy-band survivor to trip the light fantastic on the ABC airwaves. Previous contestants include Joey Fatone, Lance Bass and Nick Carter.

The new season of Dancing With the Stars premieres on Sept. 14 on ABC.