World Honey Bee Day came and went Aug. 15, but it wasn’t a celebration: Over 40 percent of insect species are threatened with extinction. Thanks to science, we know exactly why: habitat loss, pollution from pesticides, invasive species and climate change all play a significant role. But because professional scientists only have so much time, they cannot always collect all of the data needed to understand where different species are or how populations are changing at the local or global scale. And without our help, professional researchers can’t speak strongly enough to advocate for the policies we need to reverse current trends.

One obvious solution to both challenges is citizen science, which brings the public into the research process. Through crowdsourcing, citizen science leads to more data, including from places that professional researchers cannot always access. Citizen science also provides an opportunity for the people who contribute to research to advocate to drive direct change, letting their voice be heard through direct actions that can solve global problems.

Estimates of the number of people who engage in citizen science vary wildly but conservatively tens of millions of students and adults do some form of citizen science every year. Citizen science happens in schools, in informal education settings like museums, through corporate social responsibility expeditions, and in people’s backyards. So, too, the economic value of citizen science projects is uncertain, with some estimates calculating the value in the billions of dollars for biodiversity monitoring alone.

Since 2010, there has been a significant rise in the number of peer-reviewed publications that mention citizen science. But the impact of citizen science reaches far beyond the production of data. It is a powerful form of experiential learning for everyone, children and adults alike. It also supports an enhanced scientific literacy among different public community members. Engaging people in citizen science and making research data open also democratizes science, which can increase belief and trust in science.

But while thousands of citizen science projects are conducted every day, many are missing two key elements: first, providing access to comprehensive open source data, and second, providing pathways for participants to engage their governments through civic action. Without these two elements, citizen science misses an important opportunity to advance scientific research, and limits the potential to deepen the public’s engagement at the intersection of science and public policy.

A new citizen science project, Earth Challenge 2020 – led by Earth Day Network, the Wilson Center, and the U.S. Department of State – takes a step forward to address both of those issues. First, while some citizen science data is open source, it is not easily accessible to everyone in one place. One solution is creating the Citizen Science Cloud, a one-stop-shop for citizen science data collected from a wide range of projects. Professional researchers can take advantage of open APIs, while everyday people can use data visualization and mapping tools to see what’s happening in their own communities.

Second, the Earth Challenge mobile app (available in the Apple and Google Play stores) directly links science to action, an opportunity to use technology and data to drive change that is unique in the citizen science world. Once a user contributes data, whether taking a photo of a bee or classifying photos of plastic in the environment, they can take country-specific civic engagement actions, such as signing petitions, that are focused on impacting current policy decision-making processed at their national level. To address bee declines, for example, participants can petition their governments to ban certain pesticides, address agricultural practices that are decimating bee populations, or create habitats for bees and other pollinators. Guiding citizen scientists down the pathway of civic action builds a deeper relationship between critically important data and its natural outgrowth, strong science-based policy.

Citizen science projects, if created with solid hypotheses and engaging technologies, can aid professional scientists who are interested in acquiring more data and support global monitoring against targets like the U.N. Sustainable Development Goals (SDGs). Engaging the public broadly in citizen science can also lead to stronger knowledge and deeper trust in science. Adding a civic action component to citizen science initiatives will build a broader, more diverse, and more active global community of ordinary people who will take action to save their communities and the planet. Well-constructed citizen science, supported by open data and civic action, is a powerful force for the change our planet needs.

Kathleen Rogers is President of Earth Day Network. The first Earth Day on April 22, 1970, activated 20 million Americans from all walks of life and is widely credited with launching the modern environmental movement. EDN, the world’s largest recruiter to the environmental movement, now works year-round with tens of thousands of partners in 192 countries. 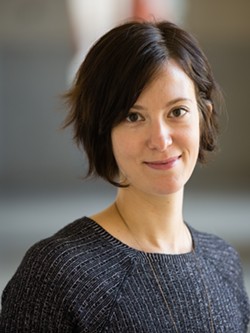 Dr. Anne Bowser is the Director of Innovation at the Woodrow Wilson International Center for Scholars, a quasi-government think tank, and the official memorial to President Woodrow Wilson. Her research explores how new advances in science and technology can lead to positive social and environmental outcomes. Outside the Wilson Center, Anne has formal advisory roles with the National Security Commission on Artificial Intelligence and the United Nation’s Environment Programme.