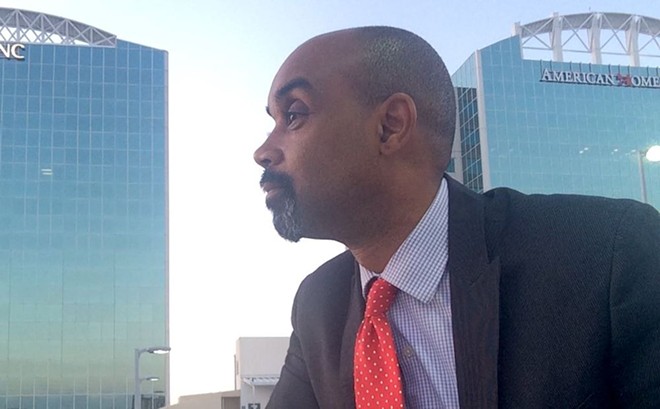 This letter was sent in response to Orlando Weekly’s survey of Orange-Osceola state attorney candidates, published in our Aug. 12 issue.

My name is James Smith and I am an attorney in Orlando, FL. I just finished reading your article about the candidates for State Attorney. I was motivated to write this email to you because of the answer given by Deborah Barra with regard to police accountability. I have great respect for Attorney Barra, but I think it is important to set the record straight about one case mentioned in her answer.

When she says, “I believe I am one of the few people in the entire country that can say I successfully prosecuted a cop at trial for shooting into the home of an innocent family,” she is referring the case of State v. Carlos Anglero. I was the defense counsel in that case.

Her summary of the case is so misleading that it should raise concerns on the part of voters who have to decide who they want in this position. Frankly I think this case was example of some of the worst aspects of criminal prosecution.

Officer Anglero was on duty one evening in Ocoee and he received a call from dispatch about a domestic violence incident. Due to an error by the operator he and his fellow officers were sent to the wrong address on that evening.

He and his fellow officers were all sent into an impossible situation. When they arrived at the house they were under the impression that they were responding to a domestic violence crime scene. Little did they know that the house was occupied by a military veteran who was armed. He understandably grabbed his firearm and approached the door and responded to a man who approached them while holding a gun. I have attached two stories that do a good job of reporting on the actual facts of the case:

This was a case of an officer who was made out to be a scapegoat. The city was concerned about the liability and the bad press and as happens far too often criminal charges were pursued against a law enforcement officer who had a clean record. There was no evidence ever that Officer Anglero ever intended to harm the family in the house.

I normally would not take the time to respond to the positions of candidates, but I have heard Attorney Barra cite this case as an example of her ability to hold police accountable. This is simply not true. Rather it is an example of how too often prosecutors charge cases for publicity rather than for reasons of pursuing justice. What happened on the night Officer Anglero was sent to the wrong house was a tragic mistake. It should not have been a criminal case.

Our next State Attorney should be someone who is ready to fundamentally change the criminal justice system. I’m not talking about change on the margins. I’m talking about real fundamental change. If she is citing this case as one of her highlights then I think she is not worthy of being the state attorney.

–
Stay on top of Central Florida news and views: Sign up for our weekly newsletters.