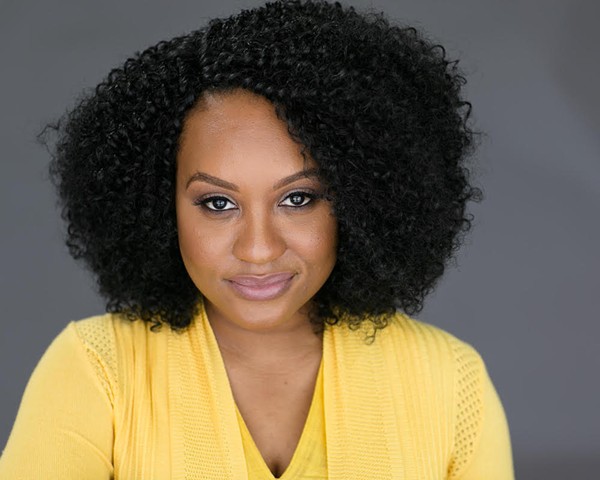 Felichia Chivaughn is “not OK,” and after this week of woe from Wisconsin to Wakanda, who could possibly blame her? Amid multiple tragedies, the Orlando-based performer/director/author remains focused on the ongoing anti-racist mission of the Central Florida Entertainment Advocacy Forum she co-founded with Meka King (see Live Active Cultures, July 22). So I’m grateful she participated in turning this platform over to local Black artist-activists by sharing this update on CFEAF’s endeavors, as well as some insights from an arts career that’s ranged from childhood church plays and Theatre UCF to Sanford’s Theater West End. — Seth Kubersky

From a young age, I just knew that I wanted to tell stories. I wanted to connect with people through this gift that I knew that I had at a very young age. Being raised by a Caribbean parent, you come to this country and you become a doctor or nurse, or a teacher or lawyer or something professional; the goal is to have your own office, get a great job, provide for your family. But I definitely felt called in this area. It started off with writing at a very young age, and growing up in the church you get to experiment with church plays and little recitals. Learning these things and telling these stories, I just knew that that’s what God wanted me to do.

The CFEA Forum was more than we imagined, and the response from the community – the engagement, involvement – was just really so encouraging, to see everyone come together.

One thing that we were able to do that we hadn’t seen was give people a platform to tell their stories. Inequities, racism, microaggressions: Those things are just textbook until someone that you love or know speaks up and reveals the truth about what happened to them. And then it becomes real to some people. Unfortunately, it takes that.

We’ve been taking time to organize how we’re going to move forward. Because it was not just a forum; it was literally “not just a moment,” like we say, “it was a movement,” and it takes continual focus and attention on action to move forward and to progress.

If we build a community that will continue to rally behind these causes, that’s the only way we’ll have accountability. Because even though there was so much support, there were some people who weren’t there, and there are some people who to this day haven’t acknowledged or aren’t doing the things that we as a community are demanding.

Thankfully, a lot of people have reached out wanting to connect, wanting to volunteer and [saying] “What can I do?” Different organizations, different theaters really just opening their doors to us, so that’s been very encouraging … We want to make sure that each aspect of the industry is represented, from film to television to production companies to theater.

We understand that so much is happening right now, and a lot of people were focused on keeping the doors open and handling the other global crisis that we’re going through. By just connecting with us via Facebook or emailing [email protected], we can make sure that they have the information they need, whether it’s to take the pledge, or to begin to have those conversations.

It boils down to privilege, because for a Black person in the industry, we are going through both [Black Lives Matter and the coronavirus pandemic], so we don’t get to choose. There are people in the industry who have had COVID or have lost family members due to it, and are still dealing with the social and racial injustices in their own neighborhood, in their own backyard. So, Black people don’t get to choose; it’s not split focus. It’s a special time that we’re in right now, and I say “special” very optimistically. We have to 1) survive, and 2) choose how to craft the world that we’re going to live in moving forward.

It’s going to be a continual fight, it’s not going to go away, so I encourage people to be gracious with themselves, not to try to overwhelmingly take everything on. But I think at one point, we have to accept that this is the world that we’re living in, and we get to choose how we show up in the world. We get to anchor ourselves in our beliefs, and find ways to become and represent, and do the things that we value and we believe in.

I go between the idea of self-preservation and fighting for radical justice. My heart is just to encourage everyone that we can see change, it can happen, whether that’s creating a whole new system or continuing to work on the one that we already have.

I’m grateful for opportunities that I get to direct and write and share my gifts, but at the end of the day what I’m really looking at is offstage, what mark am I leaving in this world on this world? What change could come from that, and how can I make this better for someone else? Especially Black women – I want my work to reflect and to elevate the voices of Black women, because that’s something that I know and that only I can bring into the world.